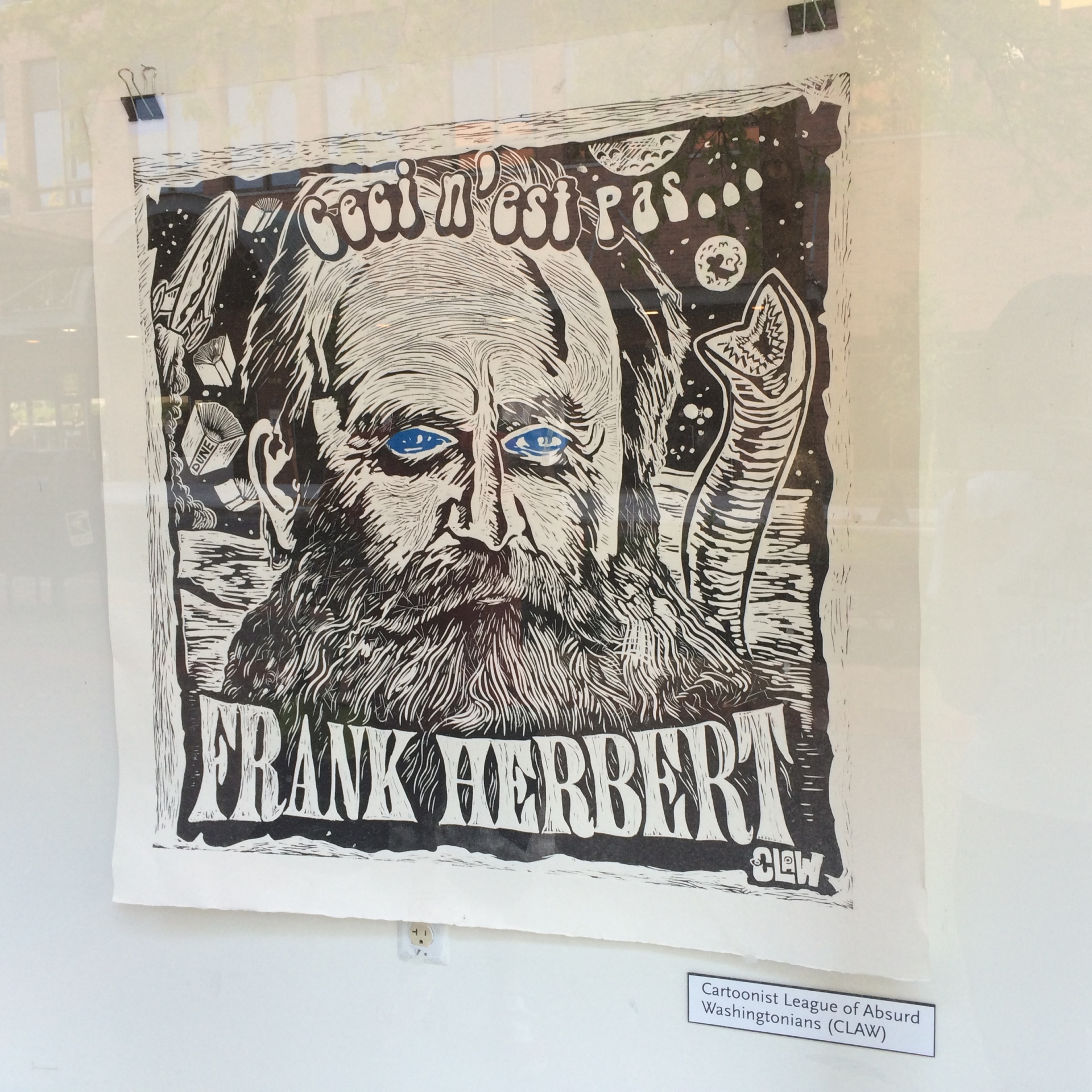 Giant steamroller prints from the 12th Annual Tacoma Wayzgoose Festival are on view in the Woolworth Windows, S. 11th and Broadway in downtown Tacoma through Nov. 17, 2016.

So, what is a wayzgoose, and what is a steamroller print, you ask? According to Wikipedia, “Wayzgoose was at one time an entertainment given by a master printer to his workmen each year on or about St. Bartholomew’s Day (24 August). It marked the traditional end of summer and the start of the season of working by candlelight.” The date is significant: “On August 24, 1456 the printing of the Gutenberg Bible was completed, perhaps triggering the very first wayzgoose party at Fust–Schöffer shop in Mainz [Germany].”

A less formal guild of Tacoma print artists has updated medieval tradition with their annual letterpress and book arts festival held at King’s Books. A highlight of the weekend event, founded by Jessica Spring (Springtide Press) and bookstore owner sweet pea Flaherty, is making steamroller prints where artists carve 3′ x 3′ linoleum and print on huge sheets of paper using a steamroller as a printing press. The event was designed to showcase the paper arts and to get the public interested and involved in handprinting and bookmaking.